The conversation between these notable personalities is engaging, and Carter posed an intriguing question to the group, “Does every celebrity have to speak on everything?”

To which Lemon immediately replied, “Nobody has to speak on anything. I think sometimes the problem is that too many people speak on too many things. Look, freedom of speech. You can say whatever you want, but do you have to?”

Lemon further expounds that people who opine about the Buffalo, New York mass shooting or the protests that erupted in Ferguson, Missouri or Baltimore, Maryland, and even the infamous Oscar slap between Will Smith and Chris Rock, should give the same energy to such issues as white supremacy and racism.

Rivera then asked James when he thinks he should speak up when a significant incident happens in society or when he should remain silent.

“I mean, some of the things is definitely right now. You know, if things happen, I feel like it hit home to me, and I feel it in my gut and my heart like if it’s something that happens in the Black community, no matter if it’s in my hometown of Akron, Los Angeles, or Shreveport, Louisiana. Whatever the case may be, you know, I’ll speak about it right away,” said the NBA Champion.

He also added that he doesn’t feel obligated to throw his opinion if he is not knowledgeable about a particular subject or if the issue doesn’t resonate with him.

Season 5 is now accessible to viewers on the go. The audio version of this episode also went live on Friday, June 10, wherever you listen to podcasts.

This new episode will be released in tandem with a limited edition hat in three colorways—tan, blue and green, retailing for $45 and sold exclusively online on the UNINTERRUPTED Store and UNINTERRUPTED Instagram Shop. 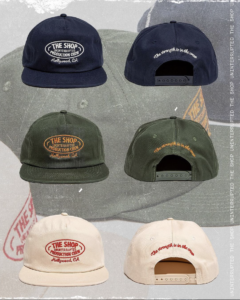 With Season 5, The Shop’s formula remains intact at being revolutionary and creating unique experiences where celebrated artists, entertainers, athletes, and advocates come together for authentic, raw, untapped conversations and storytelling. Each episode assembles a unique mix of personalities for unconstructed, comfortable yet vulnerable discussions. At the same time, guests are pushed to get to that deeper storytelling level–getting down to the “why” and learning what makes people tick, what is going to make them open up and divulge “inner circle” information that they usually wouldn’t share on any typical show.

How Any Small Business Can Inflation-Proof Their Marketing